Posted on October 7, 2018 by The Hemp Club Leave a comment 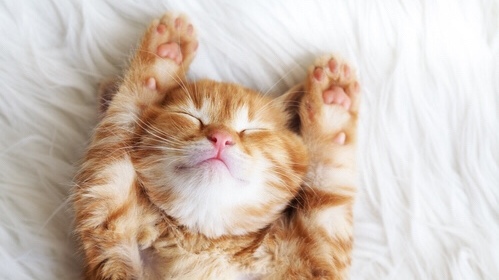 Four Neapolitan entrepreneurs have launched a medical marijuana start-up to treat depressed and anxious cats and dogs, the first of its kind in Italy.

The company, Weedentity, sells legal products made with oil from the cannabis sativa plant grown in Switzerland and tested in Swiss and Italian laboratories, reports Ansa.

The oils contain 5% levels of the plant’s active ingredient, CBD, and are already widely used in the US.

Company co-founder Chiara Basile said that the group formulated the idea after Italy passed a law in 2016 which relaxed rules around cannabis cultivation in order to revive its industrial hemp production industry.

The law was not designed to promote recreational marijuana use, but since it does not regulate the cultivation and sale of cannabis flowers, a lucrative “cannabis-light” industry has grown up around the loophole, according to The New York Times.

about a week ago

Basile clarified that the oils will not get pets addicted or high.

Cannabis light contains very low levels of THC, the psychoactive ingredient in marijuana (less than 0.5% compared to levels of 15%-20% in cultivated marijuana, which is still illegal in Italy), and varying levels of CBD, a substance with soothing, anti-inflammatory properties.

It’s CBD, rather than THC, that is the active ingredient in the company’s aromatherapy oils, which they say can be used to treat anxiety, panic, insomnia, aggression, and rheumatism in cats and dogs, as well as to aid in the recovery of pets that have recently been sterilised.

•Why farmers in Puglia have turned to cannabis

•Italy could make it legal to grow your own weed

•Marijuana, made in Italy: Inside the military police cannabis lab