The UK needs to create a new economic identity for itself after brexit. We’re already the world’s no. 1 producer of medical marijuana. Why not fully embrace hemp as well?

Posted on November 3, 2018 by The Hemp Club Leave a comment

UK Hemp: An Ancient Trade With a Bright Future BY JAMIE GEORGE

Once a cornerstone of the British empire, the UK hemp trade has suffered through decades of vilification. With brexit looming, is it time we brought it in from the cold?

Hemp has a reputation of something of a miracle crop. It’s legendary versatility has been exploited by humans for millennia as a source of food, medicine, clothing, building materials, paper, biodiesel…the list could go on and on.

Now I’m not a religious man, but the baffling enormity of what can be done with this one single plant makes it hard to believe that it’s not a god-given gift. So why aren’t we doing more with it?

As you probably already know, hemp has been subject to decades of demonisation thanks in no small part to the reputation of it’s delinquent sibling, plain old street cannabis, or marijuana to our American friends. Unlike cannabis though, industrial hemp contains only trace amounts of the psychoactive chemical THC, meaning you can smoke as much of it as you like, but it’s not going to get you high.

Despite this stonewall fact, hemp continues to be treated as a dangerous narcotic, meaning that as things stand the potential for hemp to emerge as a major industry in the UK is stifled by heavy regulation and licensing laws.

Ostensibly the fear is that if we were to relax the restrictions on cultivation it would empower campaigners to push more openly for full legalisation, despite the majority of hemp producers advocating against such a move. The bottom line seems to be that stubborn conservatism is getting in the way of the growth of an industry that has the potential to provide the UK with a significant economic boon.

Make no mistake, the restrictions here are based on ideology, not logic.

History of Hemp in the UK

Though little known today, the UK actually has a rich history of hemp cultivation and manufacturing, with its use as a building material for ships playing a significant role in Britain’s emergence as the world’s dominant naval power in the 17th century. It was in such demand that at one stage fields of it were being grown in every region and county of the UK.

The use and cultivation of hemp subsequently fell into a sharp decline with the invention of the steamship and the growth of the North American slave trade, which had sent the price of cotton plummeting (hemp was mainly used as a textile around this time). This was followed by the industrial revolution, which created demand for new types of materials for machinery, pushing hemp even further into the periphery.

The apparent death-knell for hemp came in the 1930’s after it was lumped in with its psychoactive cousin and outlawed on more or less a global scale. Though banned due to its status as a drug there are many who believe that cannabis was only added to the conversation because of pressures from large corporations in the paper and textile industries following a soft resurgence that was seeing industrial hemp producers encroach on those companies’ profits.

The UK re-legalised the cultivation of hemp under license in 1993, and the industry has been growing steadily ever since, though it is still very much a niche market.

Throughout modern history then hemp has been something of a perennial underdog, being demonised, outlawed, and usurped as a result of the machinations of imperial power, only to continually re-emerge as a viable alternative to traditional industrial materials. It’s high time it was openly re-embraced.

A Lifeline for Farmers? 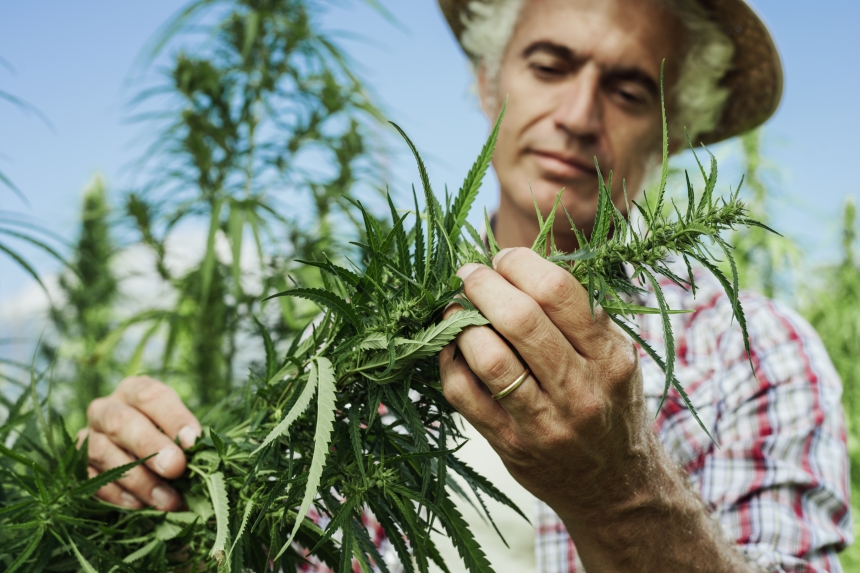 The farming industry looks set to be one of the heaviest hit by the oncoming storm of brexit, with some UK farmers potentiallylosing up to 60% of their annual income which currently comes from EU subsidies. It isn’t overstating things to say that for many UK farmers brexit poses an existential threat.

If we were to relax restrictions and invest in the hemp industry it would open up the door for farmers around the country to redefine themselves and the nation in general as one of the world’s predominant manufacturers of hemp products.

Though for many farmers this would represent a radical, and perhaps uncomfortable, departure from tradition, with enough support from the government they could be convinced to warm to it as a viable, and profitable, alternative.

Given the amount of industries that hemp that can be used in, there would be little need for farmers to be in direct competition with each other, as different farms could grow hemp for different purposes, varying widely from construction to medicine.

Not only that, but hemp farming stands as one of the most environmentally sustainable forms of agriculture, requiring virtually no pesticides, fewer toxic chemicals, and less water in the manufacturing process.

A New Identity for Post-Brexit Britain?

With brexit looming ever more ominously on the horizon, the UK government needs to look at new ways it can diversify its economy and re-define its global identity, or else risk slipping into irrelevance.

Like the UK, most countries around the world have heavy restrictions on how much hemp can be grown, despite strong demand for the material. By investing in the hemp industry the UK could position itself as one of the world’s leading exporters of hemp products, not to mention the thousands of new jobs that would be created.

The UK is already the world’s no.1 exporter of medical marijuana (despite the government’s repeated hypocritical assertions that the medical benefits are unproven), so why not hemp as well? The UK is primarily a service-based economy that depends heavily on EU immigration to operate. It goes without saying that this might not be the most sustainable economic model going forward, especially if the hard-brexiteers get their way.

It wasn’t too long ago that the UK was the world’s dominant force in manufacturing. Hemp could help to revive this status, and set a global example in environmental sustainability while we’re at it.